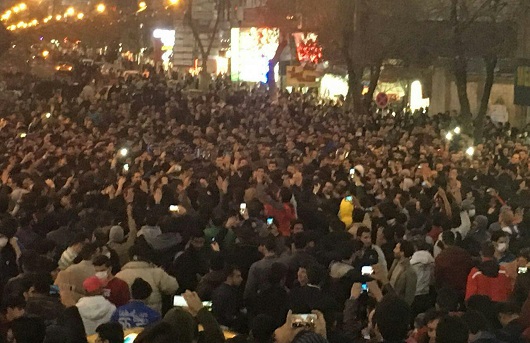 In comparison to the mass protests that arose in 2009 after the fraudulent presidential election, these protests are different in several important  respects:  1. They directly oppose poverty and  systemic corruption.  2.  They include the wide participation of the working class  (men and women), many unemployed. .  3.  Demands include an end to the Islamic Republic,  Death to Supreme Leader Khamenei, Death to president Rouhani,  Death to the “Revolutionary Guards” and an end to Iran’s military intervention in Syria and Lebanon.   4. In some cases,  individual women have bravely taken off their headscarves or veils  in public places and have encouraged others to follow them.

END_OF_DOCUMENT_TOKEN_TO_BE_REPLACED 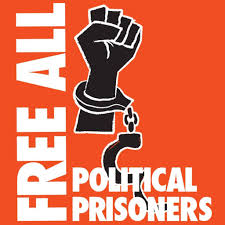 The aim of this campaign is four-fold: 1.To shine a spotlight on the political prisoners who are labor, social justice, feminist, anti-racist and human rights activists opposed to war, imperialism, occupation, authoritarianism, religious fundamentalism and extremism.  2. To oppose all the global and regional imperialist powers in the Middle East:  The U.S., Russia, China, Saudi Arabia, Israel, Turkey and Iran. 3. To demand that both state actors and non-state actors responsible for perpetrating war crimes in the Middle East be put on trial. ( We support initiatives meant to prosecute war crimes and crimes against humanity by enforcing universal jurisdiction, such as the cases filed in Spain, Germany, France and other EU states by local and Syrian lawyers.)  4.  To show that demanding the immediate release of political prisoners in the Middle East is a crucial part of fighting the rise of authoritarianism and racism at home.

END_OF_DOCUMENT_TOKEN_TO_BE_REPLACED

The region has been so plagued by the politics of “the enemy of my enemy is my friend” that any effort to develop an affirmative vision of a humanist alternative to capitalism around universal concepts and goals has been missing.   As a result, revolutionary or progressive movements that do emerge, most recently those that arose in 2011, have been destroyed by authoritarian capitalist systems, religious extremism and sectarianism, with the assistance of various regional and global imperialist forces.

END_OF_DOCUMENT_TOKEN_TO_BE_REPLACED 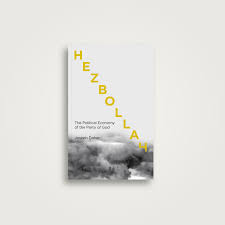 Hezbollah’s role in the Lebanese government is being used as a pretext for Saudi Arabia and Israel –with U.S. backing– to threaten Lebanon and Iran with war.    For those socialists who oppose the actions of all these states and want to express a principled anti-war position,  Joseph Daher’s  Hezbollah:  The Political Economy of Lebanon’s Party of God is a must read.