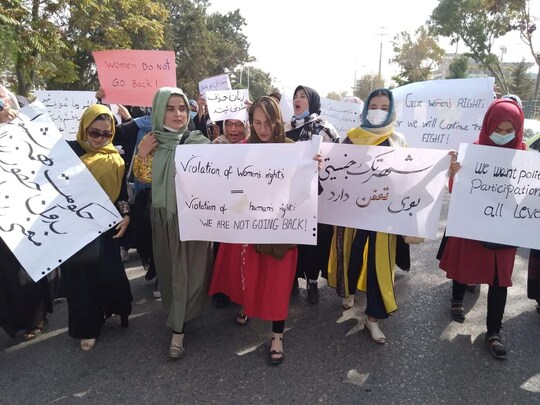 In this article I take up the ways in which feminists of various political orientations have responded to the plight of women in Afghanistan.   I argue that it  is critically important not to separate opposition to U.S. imperialism from opposition to the Taliban and solidarity with Afghan women, oppressed minorities, and refugees. Any talk of legitimizing the Taliban as the so-called “will of the Afghan people” should be rejected. If we allow for the legitimization of the Taliban government, we have betrayed Afghan women and we have emboldened the extreme-right racists and misogynists around the world, like those taking away voting rights and abortion rights in the United States. Instead we need to give voice to Afghan women who oppose the Taliban.   We also need to develop principled socialist feminist solidarity.

This article will appear in the Winter 2022 issue of New Politics.  https://newpol.org/afghanistan-and-its-challenge-to-feminism/