The eloquent statements and  slogans voiced by the latest wave of mass protests in Iran seem to indicate that the uprising has entered a new stage.  The efforts of the regime to derail the protests after the U.S. assassination of Qassem Soleimani and to give the impression that the Iranian masses were on its side have proved to be wrong.  While this regime still does have support from perhaps a quarter of the adult population,  the majority are clearly opposed to it and want to see it overthrown.

END_OF_DOCUMENT_TOKEN_TO_BE_REPLACED 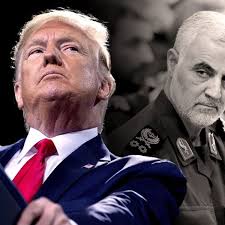 Below is the statement of the Alliance of Middle Eastern and North African Socialists published on January 3, 2020.