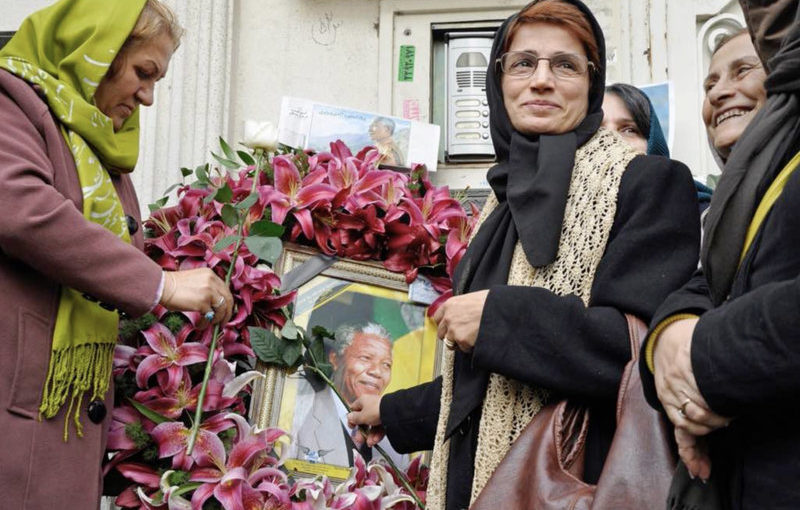 On December 6, Internationalism From Below and Center for Empowering Refugees and Immigrants and Alliance of MENA Socialists sponsored a screening of the magnificent documentary, Nasrin. I had the honor of hosting a conversation with the film producers, Marcia Ross and Jeff Kaufman, after the screening. Below, please see the link to that thirty-minute fascinating conversation about why and how they made this film and its call to social justice activists around the world. FREE NASRIN!

Link to conversation with film producers:

In the courts and on the streets, Iranian feminist and human rights activist Nasrin Sotoudeh has long fought for the rights of women, children, LGBT prisoners, religious minorities, journalists and artists, and those facing the death penalty. In 2018, she was sentenced to 38 years in prison and 148 lashes for representing Iranian women arrested for protesting Iran’s mandatory hijab law. After a six-week hunger strike, she was temporarily released from the notorious Qarchak prison on medical leave but is now behind bars again. This documentary, produced by Marcia Ross and Jeff Kaufman, helps you see and hear the wisdom and courage of this amazing women’s rights activist who is deeply committed to universal human struggles against oppression and injustice. Her opposition to the death penalty and to the inhuman prison system will also resonate with feminist abolitionists around the world.

In fact, she just received the Right Livelihood Award  or Alternative Nobel Award, along with Bryan Stevenson,  the great abolitionist lawyer in the U.S.   and environmentalist activist Lottie Cunningham Wren from Nicaragua and and Alis Bialiatsti,  a democracy activist from  Belarus.

To view the film, go to

To learn more about the music video, see this article in Variety Magazine: