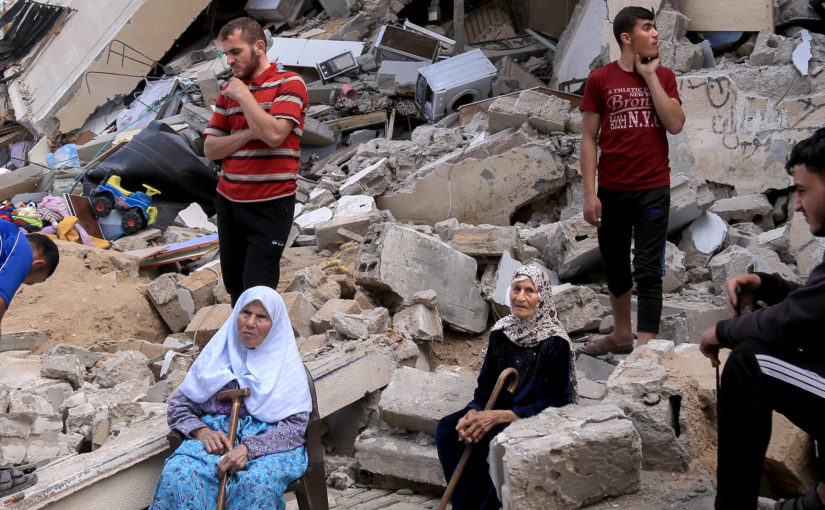 My heart goes out  to my Palestinian sisters and brothers who are suffering from the latest massive assault and air raids of Israel’s racist and imperialist state.

During the past week,  many  analysts and solidarity activists have correctly focused on the apartheid character of Israel and the war crimes that it is committing in Gaza.  as well as the need to end the 3.8 billion dollar U.S. military aid to Israel which has enabled such brutality. Some have  likened Netanyahu’s current assault to a version of the January 6, 2021 white supremacist coup attempt that took place in the U.S.  Many have drawn connections between the U.S. Black Lives Matter Struggle and the Palestinian struggle to value their lives.

We also need to see the latest Israeli air raids on Gaza and the Jewish mob attacks on Palestinians and mixed neighborhoods inside Israel as part of the global growth and intensification of racialized authoritarian capitalism and mass incarceration.

Gaza with its population of 1.9 million  has been recognized as “the world’s largest open-air prison” by the Norwegian Refugee Council.    For the past ten years,  It has been blockaded by Israel,  Egypt and by the Fatah-led  Palestinian Authority.       Its water and power facilities have been damaged and destroyed by the latest Israeli raids.    In a manner similar to the brutal and authoritarian regime of Syria,  Israel’s raids have also targeted hospitals and health clinics as well as residential buildings.    The people of Gaza suffer  from  both Israeli colonialism/racism, and the authoritarian, religious fundamentalist, violent and misogynist rule of Hamas.

The fact that Gaza is a prison of almost 2 million Palestinians,  puts it third  in rank only to the U.S. prison industrial complex of at least 2.1 million incarcerated or jailed,  and the Chinese mass incarceration system which includes 1 million Uighur Muslims in Xinjiang province  and another official 1.7 million in the rest of China.    Gaza’s rank  is followed by Myanmar (Burma) where almost one million Rohingya Muslims   have been forced out through a military government campaign of ethnic cleansing since 2017 and are in prison-like refugee camps in Bangladesh.

All of these prisons, physical as well as virtual and ideological,  are  sites of ethnic and racial discrimination as well as gender and sexual violence promoted by capitalist militarism,  and in some cases involve slave labor.

For social justice activists around the world   it is imperative to have a  global view  and to connect our struggles with each other and with a vision that transcends racism, sexism, heterosexism and capitalism.