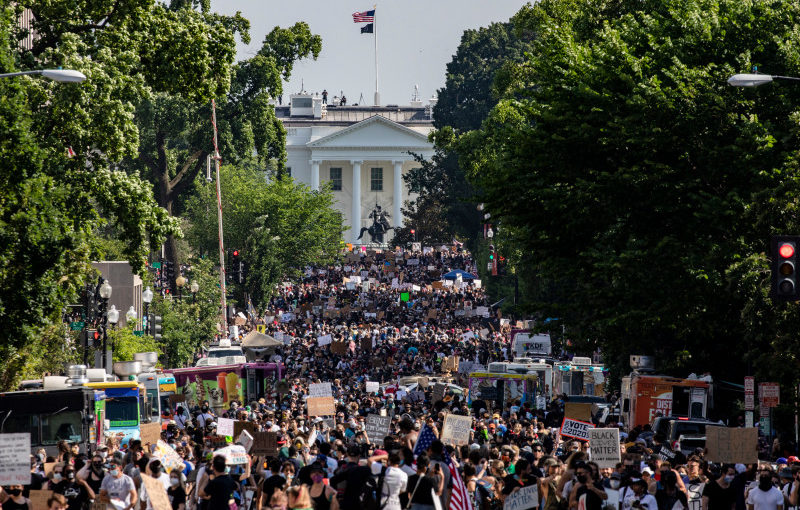 Below is an article which Sara Abbas, Yasser Munif and I published on June 3 on the website of the Global Prison Abolitionist Coalition.

The video of a white police officer pressing his knee on the throat of George Floyd, a Black man for eight minutes and killing him, demonstrates the reality of white supremacy and the legacy of slavery in the U.S.   George Floyd was lynched by police officers while some bystanders stood by and watched.  Others on the scene protested and a young woman filmed the murder.

The truth is that the leading cause of death for young Black men in the U.S. is police killing. Not one week goes by without several unarmed Black individuals being killed by the police. This state-sanctioned violence against Black bodies is the vilest aspect of racial capitalism.   In fact, racist violence and brutality against people of African descent is not just an issue in the U.S.  but exists everywhere.  It is urgent for global activists to combat that in their own countries and communities.

Scenes of multiracial protests and street battles against police brutality and state violence in Minneapolis and more than 140 U.S. cities reveal that there is something new emerging in the U.S.:  A powerful movement against the police’s systematic killing of Black men and women. It is also a movement inspiring solidarity protests of thousands in other countries, who are declaring loudly and clearly: Black Lives Matter!

As the openly white supremacist Trump administration is using his racist base and machine gun-wielding thugs to push workers to go back to work despite unsafe working conditions in the middle of a pandemic, and now threatening to launch a full-scale assault of the U.S. military on the protesters, there are groups of people of all races coming together to protest white supremacy, police brutality and systemic violence.   It is Black people however who remain at the helm of these protests as they fight, quite literally, for their lives.

While some protesters are calling for a complete defunding of the police and the use of those resources instead to help communities that have long been exploited, neglected and targeted with state violence, most are demanding much more.  At a rally in Minneapolis on 30 May 2020, activist Tamika Mallory made a powerful speech: “This is not just a few cops doing things across the country. This is not a good cop versus bad cop situation. This is Ahmaud Arbery being shot down by white men on the streets of Georgia. Breonna Taylor being killed in her home. This is in New York City… we were just in New York, fighting the police officers, who in the name of social distancing were damn near killing Black young people on our streets. This is a coordinated activity happening across this nation, and so we are in a state of emergency. Black people are dying in a state of emergency.”  The state of emergency extends to the Covid-19 pandemic, which reveals once more that Black lives are expendable to the white supremacist power structure on which the U.S. rests. Figures compiled by the non-partisan APM Research Lab and released just a few days before Mallory’s speech provide evidence of the monumental divide in the Covid-19 death rate between Black Americans and the rest of the country. African Americans have died at a rate of 50.3 per 100,000 people, compared with 20.7 for whites, 22.9 for Latinos and 22.7 for Asian Americans.

For this reason and many others, Black protesters say that getting rid of Trump and his administration is simply not enough. There has to be a complete and fundamental change in race relations, social and economic relations in the U.S.

In the meantime, Trump is using the intensifying capitalist competition and war threats with China to turn attention away from the deep crises at home and globally.  Both the U.S. and China are instrumentalizing the pandemic to increase state security and authoritarian rule. In China, the state silenced frontline healthcare workers who warned about the rise of the coronavirus epidemic in December 2019. China is also where Africans have faced intense racism during the pandemic.    In the U.S., the Trump administration denied the seriousness of the pandemic and then refused to coordinate the effort to stop the disease’s spread and to provide testing, safety, protective equipment for workers on the frontlines and basic needs and healthcare for the population. This has resulted in a catastrophe with more than 100,000 people having died from Covid-19 in the U.S.  up to now. The U.S. accounts for only 4% of the global population and 30% of the Covid-19 deaths, putting it ahead of any country. To conceal their incompetence in addressing the pandemic, both the U.S. and China are accusing each other of negligence and corruption and each is using disinformation to promote lies, claiming that the coronavirus was made in a lab to wreck havoc on the other.

Although street protests without a genuine alternative to this inhuman capitalist racist sexist system are not enough on their own to overcome this ominous reality, it is very inspiring to see that youth and dispossessed communities around the world, through their creative and tech-savvy struggles, are building networks of solidarity across national borders. The U.S. protests against the murder of Floyd, Arbery and Taylor and more generally against state violence, represent a new hope for people around the world.

Juliana Goes, a Brazilian activist, draws comparisons between the systematic murder of Blacks by US police and the killing of Afro-Brazilians by Brazilian police.  She writes: “In recent days, resistance by Black people has taken different forms. In Brazil, more than 800 organizations, brought together by the Black Coalition for Rights, protested the death of João Pedro, a fourteen-year old Black teen who was killed in his home’s living room when the police came in, shot him and disappeared with him.“ (See article by Juliana Goes elsewhere on this website)

There are long lasting relationships between the U.S. and Brazilian Afro-descendant communities which the recent protests in both countries will hopefully further consolidate.

Many Iranian activists inside Iran are also following the protests in the U.S. closely.   The writers of Sarkhat, a progressive underground Telegram station, draw connections between the murder of George Floyd and the Iranian police murder of poor and dispossessed women or Afghan refugees or the Iranian state’s brutal repression of a popular uprising in November 2019.   Many youth  oppose the Iranian government’s repression, and also oppose Trump, U.S. imperialism, capitalism and white supremacy.

It is in the spirit of bringing these and other global struggles together and developing their revolutionary potential that the Global Prison Abolitionist Coalition was formed.

This coalition brings together the expertise and knowledge of socialist and abolitionist groups and individuals who struggle against racism, police brutality, state violence and the carceral system in different regions and joins that effort with a dialogue on alternatives to capitalism, racism, sexism, heterosexism and all forms of dehumanization.

We invite individuals and organizations who are interested in participating in this effort to read our statement of purpose and contact us.Statement