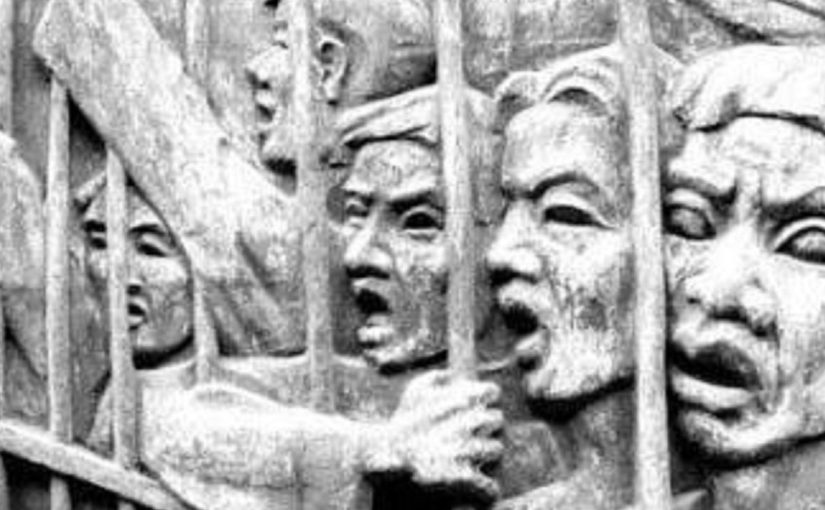 This panel offers an overview of the prison and refugee camp populations and situations in the U.S., Syria and Iran.   It will address some key obstacles to the formation of a global prison abolitionist movement,  offer ways of overcoming them and present ideas about an alternative to the capitalist carceral and authoritarian system.  Please click on the link below and raise the volume to view this panel.

International Alliance in Support of Workers in Iran

The COVID-19 pandemic has given new urgency to the need to abolish prisons, refugee camps and the inhuman capitalist carceral system.  Prisoner and refugee populations are facing an imminent death sentence from the fast spread of the virus in the crowded and unsanitary conditions of prisons and camps.

During the past three weeks, there have been protests inside some detention centers and prisons in the U.S., Iran, Italy, Colombia and elsewhere.  Prison abolitionist and refugee and immigrant support groups around the world are calling for the release of  people from jails, prisons, and detention centers.  Although, the U.S. and several other counties have started to release limited portions of their prison populations, the numbers released are too few to prevent the spread of COVID-19.

Effectively fighting the COVID-19 pandemic demands a global prison abolitionist movement based on opposition to all forms of exploitation and domination.

In this panel we will we offer an overview of the prison and refugee camp populations and situations in the U.S., Syria and Iran.   We will address some key obstacles to the formation of a global prison abolitionist movement,  offer ways of overcoming them and present ideas about an alternative to the capitalist carceral and authoritarian system.

Program Director of Project Rebound at California State University, Fullerton, a program that supports the higher education and successful reintegration of the formerly incarcerated. She served 23 years at the California Institution for Women (CIW) and is a long-time member and organizer with the California Coalition for Women Prisoners (CCWP). Incarcerated at 24 and released at 47, Romarilyn has seen and survived the effects of extreme sentencing and medical neglect in prison. Since her release, Romarilyn was a Women’s Policy Institute Fellow, a volunteer with the Ferguson Commission, and an organizer with the Formerly Incarcerated, Convicted People & Families Movement (FICPFM) voting rights campaign in Florida. Romarilyn is a prison abolitionist tirelessly advocating for the women she left behind in prison in California, many serving life without the possibility of parole.

Architect, anti-war activist and member of the Alliance of Middle Eastern and North African Socialist.  He has written articles on the student movement in Iran and solidarity with Syrian revolutionaries.

Communications coordinator at War Resisters League, the oldest secular antiwar organization working to resist war in the United States and abroad since 1923. She is also a member of the Syrian Women’s Political Movement, a multinational network of Syrian women fighting for political justice for all Syrians.

Moderated discussion followed by 30 minutes for  answering questions from the facebook audience.